Divorce and custody orders are predicated on what circumstances exist at the time a Court order is entered. No matter how much information exists at that time, however, significant changes can occur that make a previously entered judgment inappropriate or unfair. Representing clients throughout Fairfield County, Needle | Cuda provides strong legal advice and advocacy to Connecticut residents in cases involving family law modifications. From our office in Westport, we assist clients who are paying alimony and child support and those that are receiving support in matters where someone is looking to alter child support, alimony terms and custody orders. 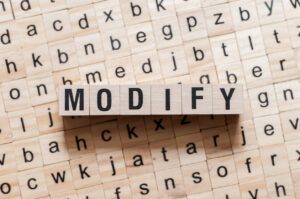 As experienced Connecticut family law attorneys, we can advise you regarding proposed modifications to previously entered judgments relating to:

No matter how long ago your divorce occurred or whether you’re seeking a modification or trying to prevent one, we’ll give you the knowledge and support you need to pursue your objectives.

Our seasoned lawyers represent clients in negotiations and court proceedings associated with:

If you believe that a post-judgment modification might be warranted or you have received a request for a change, we’ll deliver comprehensive support and work diligently to reach a favorable result.

Needle | Cuda advises Connecticut clients on post-judgment modifications to family law orders and other issues pertaining to divorce, custody and visitation. Please call 203-557-9500 or contact us online to schedule a consultation at our office in Westport.

Can a Divorce case be re-opened or modified?

Only certain provisions, in limited circumstances, are available can be "revisited" with respect to a Connecticut Divorce.  That said, there is a big difference between a divorce modification, "opening" your divorce and a Divorce Appeal.

Generally, a divorce can only be "opened" if there was fraud or there failure to fully disclosure assets but it’s very rare that a divorce is reopened.  Motions to Open typically will revolve around omissions of facts and information.

By contrast, a Appeal (Divorce) alleges that the trial judge made a legal mistake and the ruling should be reversed or reconsidered.

Assuming a modification is sought with respect to a specific (permissible) provision in your agreement and the circumstances/context meet statutory requirements, a motion must be filed with the Connecticut Family Court to start the process.  This practice areas is broadly referred to as Post Judgment Modification.

A variety of motions are available to be considered--depending on the provision that you seek to change and/or affect and if you meet statutory requirements; these include:

Knowing which Post Judgment motions to file and under what circumstances requires a depth of knowledge and experience about Connecticut family law and with the Connecticut courts.  These matters are best handled by experienced divorce and family law attorneys.

What is a Motion to Modify (Divorce)?

A Motion to Modify (Divorce) seeks to change or revise a single provision or several provisions of a Divorce Decree, such as the amount set for child support or alimony.

When a divorce is finalized in Connecticut it is called a Divorce Decree.  That Divorce Decree is  a formal court order; it is "final"--unless and until the court rules in favor of a petition of modification and enters a new ("revised") order.

Note that there are thresholds/requirements/guidelines relating to Motions to Modify that are important to highlight:

How long do I have to "modify" a Divorce?

Generally speaking, there is no statute of limitations or expiration of the ability to seek modification to your Divorce Decree.  The core requirement is that a material change in circumstances has occurred.

That said, there are notable exceptions:

Alimony may be non-modifiable in some situations.

Sometimes divorcing parties will waive the right to modify alimony in their divorce settlement.  And so, if it was agreed that the alimony award would be non-modifiable in your divorce, then neither spouse may seek a modification down the road, regardless of the change in circumstances.  If one, or both, parties waived their right to future spousal support obligations in their divorce decree, then no matter how dramatic a change in post-divorce circumstances they experience, that party cannot seek alimony in the future.

[NOTE: As a result, spouses’ separation agreements and judges’ decisions often contain a nominal alimony payment like $1.00 for the purpose of preserving the right to modify alimony — By including $1.00 of alimony, the court is able to modify alimony if it becomes appropriate down the road after a finding of a substantial change of circumstances.]

What are the most common reasons to seek a Motion to Modify a Connecticut Divorce?

Motions to Modify (Divorce) generally most frequently revolve around custody, the terms of a parenting plan, child support,  and alimony.   Property/Asset division decisions are non-modifiable.

The most frequent drivers for Motions to Modify (Divorce) include:

What are examples of substantial changes in circumstances that Might support a Motions to Modify Alimony in Connecticut?

Examples of substantial changes in circumstances that may support a petition for alimony modification in Connecticut include:

What are examples of a substantial change in circumstances that might support a Motion to Modify Custody/Visitation in Connecticut (Divorce)?

Examples of substantial changes in circumstances that may support a petition for modification of child custody/visitation include:

No matter your situation, the court will only approve an order for modification when it's in the best interest of the child.

And, it is important to note that Connecticut family court judges have broad discretion in the determination of and rulings on these matters.

Under Connecticut law, if one party shows that there has been a substantial change in circumstances , the court, after a hearing, may continue, set aside, alter, or modify the orders related to your divorce.

In deciding such matters, the court must consider  statutory factors to determine what modifications, if any, are appropriate.

Generally, this applies to provisions relating to Alimony, Custody/Visitation, and Child Support.

What is a Motion for Contempt?

In the event that your ex-spouse refuses to follow the terms of your Divorce Decree (a court order), filing a Motion for Contempt is a procedural mechanism that can be used to remedy the situation.

A vast majority of people, do in fact, follow court orders without issue, but sometimes an ex-spouse comes along that does not comply (e.g. your ex-spouse doesn't or stops paying alimony and/or child support; your ex-spouse routinely violates the visitation schedule or the terms of you parenting plan;  healthcare and extra-curricular expense are disputed or not properly reimbursed;  there is a failure or delay in following through with some aspect of your property division arrangement)

When can you file a Motion for Contempt in a Connecticut Divorce?

There are two types of Motions for Contempt in a Connecticut divorce:

The anatomy of divorce has two procedural phases:

Note that during the Pendente Lite phase of your divorce, Automatic Order apply in the state of Connecticut that protect the status quo related to your finances, property and your children (e.g. property sales/transfers are prohibited; re-mortgaging your home; beneficiaries on life insurance policies cannot be changed; health insurance cannot be cancelled, etc.)  Automatic orders prevent either spouse from taking unilateral actions with respect to finances, property, and children without mutual consent.

What are the prerequisites for filing a Motion for Contempt?

Accordingly, for a judge to find your ex-spouse in contempt, the petitioner must successfully demonstrate (with clear and convincing evidence) the following:

Additionally, you must clearly present and explain the relief/remedy that you are seeking.

What are the penalties for being held in Contempt (divorce)?

The consequence of being held in "Contempt" in Family Court can include:

What is a Motion to Open (Divorce)?

Generally, a divorce can only be "opened" if there was fraud or a failure in one party's financial/property disclosure--but it’s very rare that a divorce is reopened.

In some situations, new evidence, facts, and information can surface after a divorce has been finalized.  In these situations, a Motion to Modify may not offer a sufficient remedy.  When that happens a Motion to Open is one of the procedural vehicles that can be used so that the court can reconsider any and all questions originally raised and impacted by the introduction of the new information.

Generally speaking, a Motion to Open in Connecticut must be filed with respect to a divorce within (4) four months of the date of judgement.  There are further exceptions when a judge finds "good and compelling reason" or the parties mutually agree to waive this requirement.  Other exceptions to the (4) month limitation include: Fraud, the Absence of Consent (including Duress), and Mutual Mistake.

Motions to Open based on Fraud represent a rapidly evolving area of family law in Connecticut.  Such matters are best handled by an experienced divorce and family law attorney.

A Motion to Open due to Fraud presents a very, very high bar.  The Fraud must rise the level that there is a reasonable probability that the result of a new trial would be different.  Additionally, there must be no unreasonable delay by the party bringing the motion following the discovery of the fraud.  And lastly, there must be clear proof the the Fraud and/or perjury.

What is a Motion to Compel?

In highly contested divorces, it is not uncommon for divorcing parties  to withhold critical evidence, offer vague testimony, file objections to discovery that slow down the process and create a financial burden for their ex-partner.

The behaviors of  these "bad actors" can include: lying about net worth; refusal to produce important personal financial documents like tax returns and bank statements;  obstructing and delaying access to inspection of property and financial/accounting records fcr closely held businesses (e.g. family businesses);  "low balling" the value of property and other complex or exotic assets;  hiding an extra-marital affair and related expenses.

A Motion to Compel "asks" the family judge to order one party to produce the opposing die with evidence related to the divorce which may include:

Are their any prerequisites or limitations in scope for a Motion to Compel?

Yes, prior to filing a Motion to Compel the  petitioner is required to have followed the rules of discovery procedure (in Connecticut), including complete fulfillment and compliance with the petitioner's own production requirements for discovery.  Judicial intervention in the form of a Motion to Compel can only be sought if and when the the Connecticut Practice Book procedure fails.

That said, Motions to Compel are generally discourage.  Prior to filing a Motion to Compel, it is a good idea to make every reasonable effort to resolve outstanding discovery dispute.

A Motion to Compel seeks an ruling from a family judge that results in an court order the compels one party to produce evidence to the opposing party that is related to the divorce action.

In practical terms, a family judge can order a party t produce evidence, including:

What are the consequences of refusing to comply when ordered to produce evidence in a Motion to Compel?

Sometimes, even after the family court issues an order to compel production of discovery items related to your divorce by your spouse, your spouse may continue to ignore the order and fail to produce.

In such instances, a family judge may impose sanctions including:

A Connecticut family law judge can order both temporary and permanent modifications.