Child custody is generally one of the hardest family law issues to resolve. Your natural instinct as a parent is to protect your child, and you are not open to compromise on that issue. But unless yours is an extreme case, where the other parent is a threat to your child, some level of compromise is inevitable because it is in your child’s best interest. At Needle | Cuda, in Westport, we guide parents through the process of developing a parenting plan that protects their rights and advances their child’s best interests. Through negotiations and mediation, we work to achieve your goals for your child’s future. However, when a negotiated solution is not possible or advisable, we are prepared to fight aggressively to deliver the results you need. 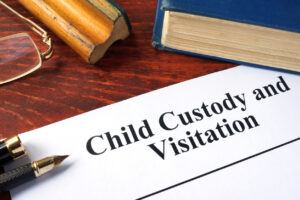 Under Connecticut law, there are two separate types of child custody, which a court can award to one parent (sole) or be shared by both parents (joint):

Parents can negotiate a parenting responsibility plan, which they present to the court for approval. To be accepted by the court, the plan must include the following provisions:

Parents must pledge to minimize the child’s exposure to harmful parental conflict, meet their responsibilities through agreement whenever possible, and protect their child’s best interests.

In most cases, a parenting agreement is the best way to settle your custody issues. When you reach an agreement through negotiation or mediation, you have greater control over the result than if you had left the decision to a judge. Even if you don’t get everything you want, a compromise that you are both committed to is often better than a one-sided victory that alienates the loser. Your agreement is more likely to work because you are more likely to get cooperation from the other parent than you would if the judge had ruled in your favor, leaving your ex with a bitter defeat.

However, there are cases where compromise is impossible and might even endanger your children. If parents do not come together on a parenting plan, the issue must go to trial before a judge.

When deciding child custody issues, the guiding principle for the court is the best interests of the child. Parental rights take a back seat, as the court examines the facts in light of numerous statutory factors, which include:

As your attorneys, we are your advocates. It is our task is to bring to the court’s attention all pertinent facts that support your goals for your child and to argue persuasively that your proposed custody plan advances the best interests of your child.

If you are embroiled in a child custody dispute in Fairfield County, Needle | Cuda is ready to help. We provide highly responsive service and effective representation focused on positive results. To reserve a consultation, call us today at 203-429-4151 or contact our Westport office online.

WHAT ARE EMERGENCY EX PARTE APPLICATIONS FOR CUSTODY AND WHEN ARE THEY FILED?

An emergency ex parte application for custody is an application that is filed with the court asking for an order to be issued without a full-hearing on the issue, based only on the representations included in an affidavit attached to the application. It is only used in extreme situations when imminent physical or psychological danger threatens the physical and/or emotional safety and welfare of a child or children. If the judge issues an emergency ex parte order based on the application, the judge will schedule a hearing where both parties have the opportunity to appear within 14 days and the other party must be served at least 5 days before that hearing.

Even if the application is denied, the judge will enter a hearing date for the underlying allegations and claims for relief sought in the ex parte application.

Emergency ex parte applications for custody can be filed in emergency situations when an immediate and present risk of physical danger or psychological harm to the child or children exists.

WHAT RELIEF MAY BE SOUGHT IN AN EMERGENCY EX PARTE APPLICATION FOR CUSTODY?

An applicant for emergency ex parte custody order may seek temporary legal and physical custody relief with a narrowly defined parenting schedule that is monitored and/or “court supervised.” Under certain conditions relief can include a temporary award of sole custody to the moving parent–meaning no parenting time at all and all decisions may be made by the parent with custody.

An applicant may also seek other forms of specific relief including, but not limited to:

WHEN WILL A JUDGE RULE ON AN EMERGENCY EX PARTE APPLICATION FOR CUSTODY?