What is No/Fault Divorce? Does Fault Matter in Divorce?

What is No Fault Divorce in Connecticut? 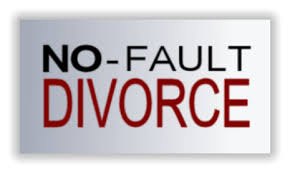 With “no fault divorce”, it is easier for the court to have jurisdiction to grant a divorce because there is nothing to prove.  Instead, to meet the technical jurisdictional requirement in Connecticut, a spouse can simply state that the marriage has broken down irretrievably with no hope for reconciliation.  Even if one spouse does not want the divorce and refuses to agree that the marriage has irretrievably broken down, the divorce will be granted if the other spouse believes there is such an irretrievable breakdown. The fault grounds for divorce, such as adultery, remain part of Connecticut law, but are not a requirement to get a divorce and are rarely included in the paperwork because there is no need for them.

However, the concept of fault has not been erased from Connecticut divorce law because it is a factor that the Court’s may consider when determining what is fair.  For example, the cause of the breakdown of the marriage may be considered by the Connecticut Court for purposes of awarding alimony and distributing property.  Behavior of one of the parties which has negatively impacted the family may also be considered for purposes of custody, to the extent it impacts the best interests of minor children.  How and to what extent such fault is relevant and may be considered by the court varies from case to case.  The current trend in Connecticut is that fault must be egregious if it is to ultimately influence custody orders and impact financial awards significantly. It may also be the case that you need protection from a spouse who is determined to make claims of fault against you in the divorce case.

How and to what extent fault does or does not affect a divorce case can vary widely and will be significantly impacted by the lawyer selected to represent you.  It is critical to consult with an experienced divorce lawyer early to explore if and how fault may be an issue in your case and to have an effective strategy to successfully address this issue.