Are Divorces for Super Wealthy More or Less Contentious?

Depends. What tends to matter the most is individual personalities, the reasons for the breakdown and the desire (or lack thereof) to put the marriage in the past and move forward. If the emotion is high then it is likely to be a contentions divorce, regardless of wealth. Allegations that Jeff Bezos may have been having an affair might be an issue that is upsetting to Mackenzie Bezos. And while an affair may have little to no bearing on how assets are eventually divided, it could have a significant impact on the pace of the case and how combative the spouses are to each other.

The faithful spouse will have lost all trust in their partner. Distrust, especially in a family setting, often leads to intense hostility and acute suspicion. This is true regardless of how much wealth a family has. You may ask why then is Mackenzie Bezos seemingly so gracious about her pending divorce from hubby Jeff?

Perhaps the extra-marital relationship started after the couple was separated. Or perhaps, it is Mackenzie who wants to divorce Jeff.  After all Mackenzie will likely receive $69 billion dollars… which will not only make her the richest woman on the planet but she will also simultaneously be knocking her cheating husband from the #1 spot on that list.

Makes one wonder, who is getting the last laugh? 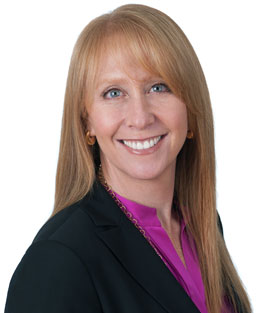 Attorney Melissa Needle is a lifetime resident of Connecticut. She was born in New Haven and raised in Fairfield. Her family has deep roots in Connecticut and she is a third-generation attorney. Since her admission to the bar in 1990, Ms. Needle has practiced matrimonial law exclusively.